YIPPIE! I MADE IT!

I finally did it! I finally crossed the hurdle! I made it through! Yippie! I cant hide my happiness. My joys. Oh the feeling! Its so great! 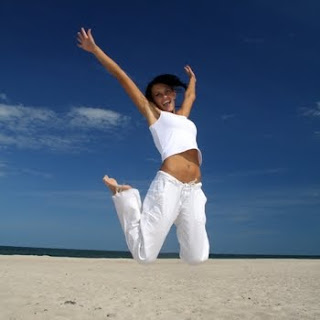 I finally had my operation done. The Orchidectomy. My two balls are gone! I could never be happier. Yea? That sounds surreal right? Someone talking about losing their balls (no pun intended) and they say they're happy. Well if youve been reading this blog then you do know that I have been saying I will or intend to do it for quite a while now. It was like an obsession. I took time because it had to sink in. I had to know the ins and outs about what the hell I was doing. I had to be sure about exactly what I was getting myself into.

How did it go? Well, I got to the hospital and changed. I filled out the necessary forms and all and then headed to the operating room. OMG! That room was huge! And I wasn't alone. It felt weird being naked even though I had the overalls on. It felt weird being without my breast enhancers and infront of strangers. I didn't know how they'd react. Good thing was that they were really nice about everything and even the assistant made a joke about it saying “now I see why you didn't want to remove your bra...” and he was smiling when saying this.

I was immediately dosed with general anasthesia and fell asleep right there and then. Everything went well and after about an hour and a half I woke up still feeling groggy and having some pains around my groin area. Its still there even now (5 days later) but its far less painful. The doctor made a small vertical inscision down my scrotal tissue and pulled out the balls and cut them off. The cause of the groin pain is because of the pulled ends of the 'lines' that held the balls. They receded into my body and formed a 'ball-like' thing around there and thats what is causing the pain.

So thats how it went. Why did I do it? I did it primarily because I wanted to save myself some cash! See, with my testes still in place, my body is laden with lots of testosterone and we all know that the primary source of that is the testes. So get rid of the testes and you get rid of the testosterone! Had I not done the op, I would be still taking anti-androgens and a lot higher doses of estrogen pills. Now that I have done it, and oh by the way, remember I kept complaining how I still haven't found those estrogen pills? I finally found them! So now that I have the Progynova (estradiol valerate) and I have done the op, I only need a small dose of the estrogen! About half or even less than what I would have required to take before! In essence, looking at an average span of two years, the no-Orchie method whould have cost me about Ksh.200,000 ($2,600) while now, just paying for the orchie (which cost me about Ksh.90,000 or $1,200) and the significantly reduced estrogen pills, the whole thing in two years will be roughly Ksh.103,000 or $1,375 !!! Imagine that! I shall be saving about Ksh.100,000 in the process! Of course thats not the sole reason, but it is one of the primary ones.

There are a whole spectrum of pros and cons about this op I did bur I will not go ahead and tell you in detail, I shall only list a few.

Bilateral Orchiectomy (also know as “an Orchi”)
- this is an out-patient surgical procedure for the removal of the testicals.

Its now about 6 days after the surgery and I am still kinda sore. Am healing well (hopefully) and I must say, I do feel so much happier! So much better and I just cannot wait foe the new results to show! I simply cannot wait. I am still shaving my face after every two days and thats one of the things I sincerely hope reduces or better still, vanishes completely!

Wish me the best my friends! Thanks for being there for me and for all the support. I couldn't be this good without you!

We all deserve to be happy in our lives. I'm glad to see how pleased you are with the op. Wishing you a speedy recovery and thereafter a joyful and fulfilled life.

Super duper congrats! You must feel like a weight's been lifted off you ! ;)

I'm so happy for you! Great stuff, darling.

Thanks people for all the support.

Am recovering well...though the wound is taking a while longer to heal than expected.

I am super happy right now! And yes, it feels like am 100 times lighter!!

Congrats dada, happy that you are happy and may all your dreams come true

You may be surprised one day to find that in many cases, once the testicles are removed, OTHER glands in the body will eventually (often within a year) take over the production of testosterone. It will not be as much as before, but it will raise high enough that you may eventually have to resort to testosterone blockers once again to re-achieve your present state.

Hey Umanyvalentia,
Thanks girl. Am so so happy!

Jamiegotagun, I really doubt that will happen. But if it does, we'll see.

You are incredibly brave! Good for you! I'm sure the pain will go soon. Kudos, chick, and WOW again!!

Nobody You Know said...

Congratulations :) (a bit belated, yes, but I still wanted to say it)

Excellent summary, Lindsay.
I had an orch even within a year of my srs. It abruptly ended an intense inner turmoil. It was dramatic, settling into an inner peace, knowing my body was no longer working against me.
Jamiegottagun IS wrong. Testosterone is also produced in the adrenals and elsewhere but in miniscule amounts insofar as generating a level with any male potency. After my orch my T levels dropped below the norm for ciswomen. I take a supplement to raise it to normal!

I just believe that your choice of lifestyle is corrupt and unnatural. You have lie to yourself and have believed in the lies of other corrupted soiles. No true religion condones this. It is against gods nature. You need to know that god has made you into a man. Your not a women but you choice to believe that your a woman, thus, behaving and graving to be a women. There are a lot of signs in your story that indicated where this behavior originated from. First, you come from a household of a single mother. You were the only child, and a boy to begin with. Your mom seem to have forgotten to introduce male role modeling in early age. You admit to trying on your mothers makeup. Therefore you inspired to be your mother, she was your role model and because of that you adopted a female behavior.
In conclusion, Sir Leo, repent to your lord, your maker. There is judgement day waiting for all of us. Its totally against your religion, it is in your bible. Though I am a Muslim I know that your bible does not endorse this unafrican and ungodly behavior. You come from a beautiful African tradition, do not adopt a wicked western phenomenon culture.

@Cabdi: I'm sure Lindsay can defend herself. I will only say that you really don't know what you're talking about. Before you write again, you might want to learn.

learn what? You guys are trying to turn something that is abnormal into normal. This man Leo is blindly following his desires. Human desires can lead u to many harmful things. God made laws and rules to be followed. He differenciated us from Animals bc we have ability to think and that we should not behave like animals and do whatever our heart desires. I assure you Veronica, that, if we, as a society, allow these kind of devious behaviour that this Leo guy desires, that, the next "freedom" people will demand will be to marry a goat. Believe me or not it will happen, people will bring goat to the supreme courts of so many countries. Then people like you Veronica, will run to their defence and say "they were born like that, they should be free to marry the goat". Have a stand Veronica, dont be brainwashed.

@Cabdi: "Le coeur a ses raisons, que la raison ne connaît point." (The heart has its reasons of which reason knows nothing.) Blaise Pascal was a Christian, a man of faith.

Nothing to do with goats. That's just silly. Everything to do with God having created someone with a brain that doesn't match the body. Sometimes things like that happen. People are born with birth defects. Modern medicine allows us to fix many of those. And we thank God for that, do we not?

Thanks for your comments Cabdi.

Thanks for everything Veronica.

hello lindsay
I discover your blog today,i have to congratulate you for your courage.i would like to ask you some private questions about if you don't mind.how can i contact you?

all that i would like to share is here. so please feel free to read on. and if you have questions, ask here on the comments section and i will respond.

alternatively, you can send an email to kashwiti at yahoo dot com.

I'm transgender, or transsexual.
Live in Kenya.
This is my diary of sorts...
Simple things about simple me...
Enjoy!

p.s: You can email me at (kashwiti at yahoo dot com)
Living Lindsay

Promote your Page too